I was thinking more of your lake there, or pools in rivers.  When you have a smooth surface, a polarized lens is magic for letting you see beneath the surface.  You must have a little boat to go in your lake, don't you, for when you go trolling for brown bear?

I think I've got a little bit of a wait before I can use it to see below the surface of my lake :) 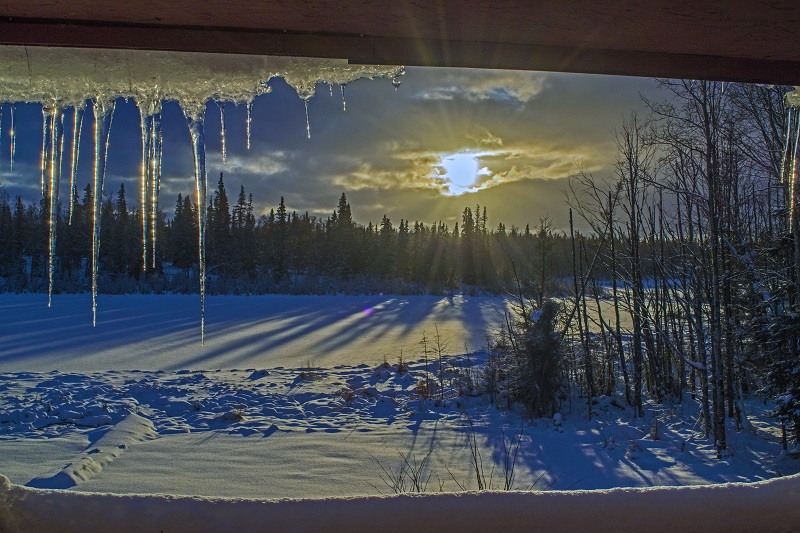 I don't see any cactus.

Something about that ain't quite right.

Awesome composition of your "pond" Juthro.... Just keeps getting better and better....

Your polarizing filter was definitely a great gift, you should have lots of fun using it with amazing results. On a partly cloudy day It will darken the sky and lighten clouds for very pleasing and very dramatic results. Pharmer covered the techniques of using that new toy, lots of good info there. Must be speaking from experience. Have fun with that bad boy and enjoy the results, looking forward to seeing more of your photography skills with it. Can't add more to Pharmer's post other than take your polarized sunglasses off when using it. Two polarized filters will cancel out most of your ambient light. Test it by wearing polarized sunglasses while holding your filter and rotating it. Looking forward to seeing more posts,,, enjoy....

Thanks for the advice Needles (happy new year to you, BTW), it's good to know.  I was wearing my glasses (that polarize) when I messing with the lens.  That explains at least part of my problem.

Mostly I just wear them for reading, or delicate work (like finding proper focus points, lol).  They have  fancy 100% UV reduction, polarizing lenses.  I'm actually 'sposta wear them whenever I'm outside due to a 'freckle'  that has developed on my retina, next to the optical nerve in the back of my eye.  Keeping the UV's off of it increases the chances that it won't continue to grow, and that may well save me from having to eventually get a biopsy of my eyeball.

I think I've got a little bit of a wait before I can use it to see below the surface of my lake :)

Mad dogs and  Englishmen  Juthro, go out in the noon day sun!

So here is my first attempt at using the new filter (on my 18 - 55mm lens).  It certainly does turn the skies blue :) 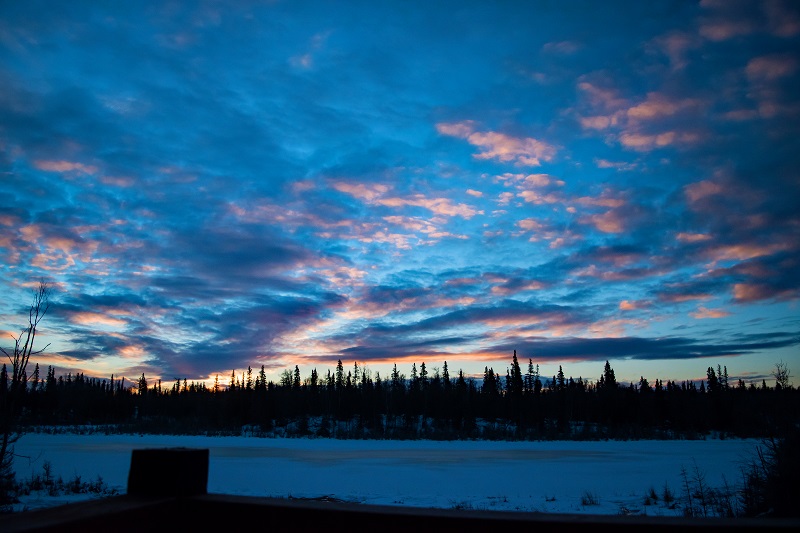 It occurred to me that we could use the darkening power of the polarizer to help "stretch" clouds being blown by strong winds.

You'd need twilight light and strong wind moving the clouds, the polarizer would help by darkening the image or buying you two more stops of fstop.

So, you'd set the longest possible shutter speed with the polarizer attached, maybe bumping up the ISO if needed, and making a time exposure of the moving clouds. Of course a tripod would be needed and probably a cable or infrared release for the shutter.

The pic, if framed with something interesting in the foreground could be interesting all by itself but what you could do is swap that "stretchy" sky out for another pic that has an uninteresting sky. THAT'S what photoshop is best at - swapping this and that in and out of images.

The last of the stuff I've been working from North Carolina.  These two really speak to me and may be my best pics of all time.

I've been agonizing over how to walk everyone through how I worked these things in Camera Raw Editor and Photoshop but the truth is there's about 40 hours of tinkering on each of these. Suffice it to say these are different than the original files :)

Amazing pics Pharmer.  I love them both, but if I had to choose I like the flowing water the best.  I'm a sucker for those longer exposure flowing water pics.  They are so smooth, and silky looking :)

They're good for dry weather when the sun is intense. Everything tends to shine more and makes exposing anything a nightmare

I was having trouble in the fall in Colorado. At 8000 feet or higher, for example, the sun is more intense especially if the weather has been dry. Everything I was shooting was all icky because of the glare, fall color wasn't really fall color but a light colored blur of glare. In SOME circumstances the polarizer improved the condition. The best thing to do was wait for golden hour or filtered sunlight. But when you only have your vacation days to shoot, you shoot all day everyday  :)

I don't recall where I saw the article off hand, but I could probably find it again if I dug through my browser history if someone wanted me to.

Yessir, Needles was saying the same ^^^^

I'm guessing here but I think that it does some reducing regardless of the angle because light is always being bounced off Things. Sometimes at right angles to the sun and sometimes not. My example of shooting at the forests in Colorado on bright sunny days would apply to that hypothesis. Every beam of light bouncing off of every leaf, sometimes moving in the wind, can't possibly be at or with right angles to the sun - ergo some reduction of glare regardless of alignment with the sun.

But with sky I'd say the rule always applies since the sky is "flat" and has no angles per se and no "Things" in it like leaves to bounce at odd angles except for water and microparticles which should be creating an homogeneous "reflection".

There's no great mystery to these things. It will be obvious enough when you get the sunny day and have a few minutes to play with it. Man, you have no idea what an advantage you have by learning on digital equipment. I learned on film and you had to be very deliberate about any idea you tried - it cost money to try them just in the cost of film and developing the film.

I think the reason for the explosion of great photography any more is just a matter of numbers. More people shooting more pictures because it doesn't cost a thing after some investment in hardware - sometimes just a cell phone.

And another hypothesis - you could point a camera at almost anything and leave it running for a year and in that year something would happen within the frame that would make an award winning photo. It's just a matter of being in the right place at the right time with the right settings. Kinda like the idea of a thousand monkeys sitting at a thousand typewriters for a thousand years. Sooner or later one of them would turn out a novel.

I agree with you Pharmer. I know if it were not for photography turning digital I would have never bought into the hobby like I have.  I take so many photos cuz at this point it's free entertainment, now that I own my equipment.  I don't have to ever buy film, or pay for developing.   I'm a bit of a tightwad at heart, and I would never have 'wasted' all that film taking multiple pics of an object while playing with the settings to see what happens.  But if it weren't for that kind of tinkering I would have never figured out how to get the pics that I want or like.

Also the instant gratification of being able to see how your photo turned right after you take it keeps me focused on whatever experiment is at hand. As opposed to having to wait until you finished shooting a roll of film, and then get it developed to see if any of your shots even turned out close to what you wanted.   My attention span would most likely forget what it was that I was trying to do long before the results came in.

Cool stuff Pharmer, thank you.  I will have to make some time later to dig into those links.   Layer masks are still a foreign language to me, and I really would like to learn how to use them