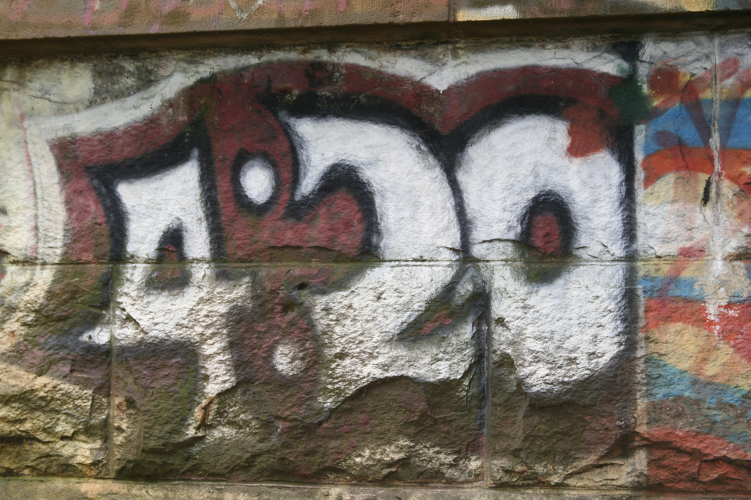 Reflecting upon the origins, sharing stories, and speculating on greater meaning are all perfect ways to celebrate this infamous, but decidedly unofficial, national holiday. April 20 has become the day when canna-thusiasts from around the world break free from the daily grinder and pause to enjoy their higher calling.

The original use of the term has been shrouded in mystery with as much debate as the existence of Sasquatch, but a few stories have bubbled to the top as the most likely flash points of what would become a global phenomenon. To most it would seem as though "420" as a euphemism for pot smoking was born from none other than High Times magazine; in May 1991 Steve Bloom began to spread the term around the office and in publication. His inspiration, however, leads to a flyer for a Grateful Dead show that was being passed around in Oakland inviting people to smoke "420" on April 20 at 4:20pm. Steve takes to this inspiration by blowing it up into a national, and eventually global, day of recognition.

As simplistic and magical as that story may be, the true origins come from a group of students attending San Rafael High School in the early 70's, and the wall where they would hang out would dub them the "Waldos." After a friend gave them a map to his brothers hidden weed patch they decided to find it one day after school. The earliest the Waldo's could meet would be 4:20 and the Louis Pasteur statue across from their "wall" was the perfect place. Yelling "420 Louie" in the halls to remind each other about this secret meeting. While never finding the patch in the vast countryside they wound up driving around, lost, and would "420" continuously. Eventually this term was used as their code to toke up, even in front of their parents.

As it turns out, a brother of one of the Waldos was a Deadhead and participated in the making of the very flyer High Times' Steve Bloom got ahold of in May 1991 - to which he proceeded to make famous. By the December 1998 issue of High Times, some 7-years later, Steven Hagar gets the lowdown on the real deal and properly attributes the true origins of 4/20 to the Waldo's of San Rafael High School.

Probably one the best is the Colorado Department of Transportation 2014 replacement of the mile marker 420 on I-70 with a sign that reads "419.99" as an attempt the stop of theft. Washington state has done this as well, and apparently Idaho has joined this club in late 2015.

Snapchat releases a "420 Bob Marley" filter which as racially insensitive as that may be, essentially gives everyone the ability to put on a digital blackface. Created in partnership with the Bob Marley Estate this creepy and poorly executed face-swapping technology blows diversity and sensitivity out the window.

Yoda One I Want

So let's light one up and share some of our own funny 4/20 stories as we celebrate this unlikely, unofficial, counter-culture holiday with one another. Light up MycoChat. Visit our member grows. Chill the eff out and let your brains play as the Mycotopia Community celebrates this special day! 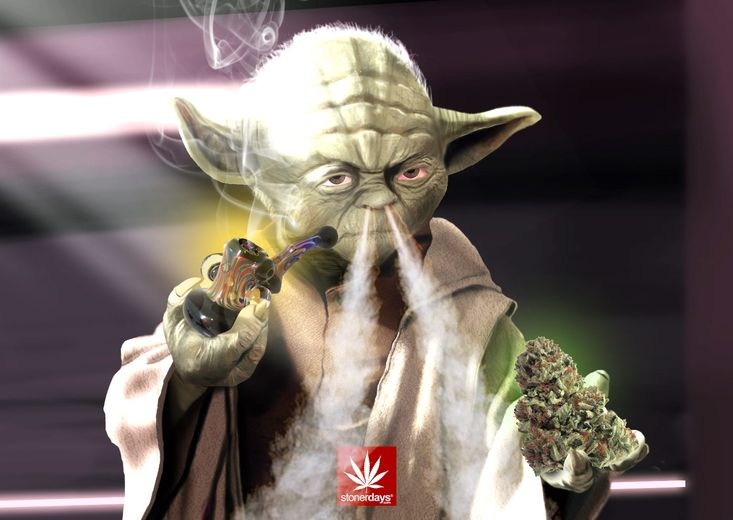 .....you do know I'll forget it all though, right after I blaze these dank nuggets :)

I don't believe for one second that no one on this board has a canna-story to share.   R e a l l y ?

I have one to tell about the first time I heard the term. 4:20, but it will take more time than I have on a day when it's not raining.

Adding more to the pile. Come on folks, where's the 4/20 love?!  Here's my contribution. 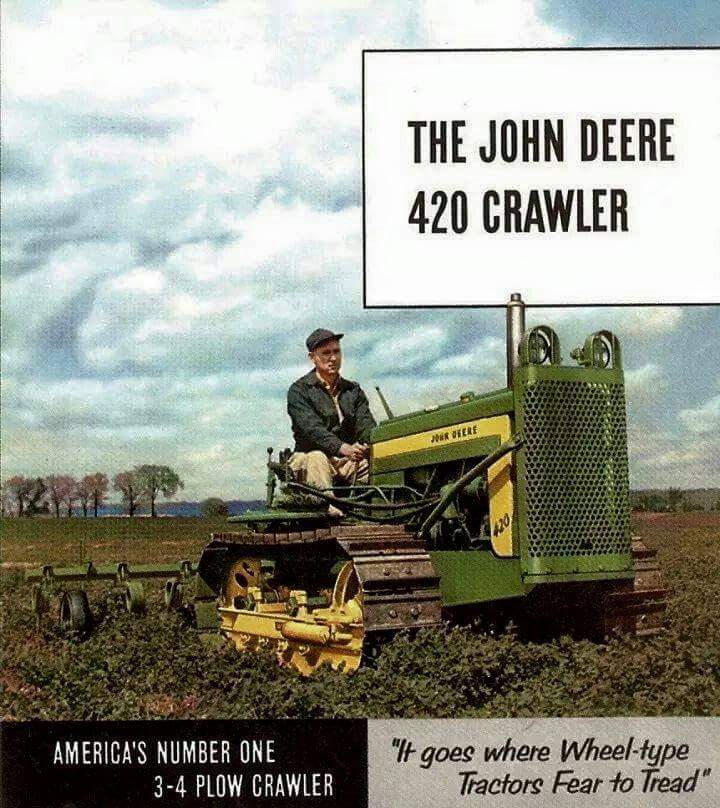 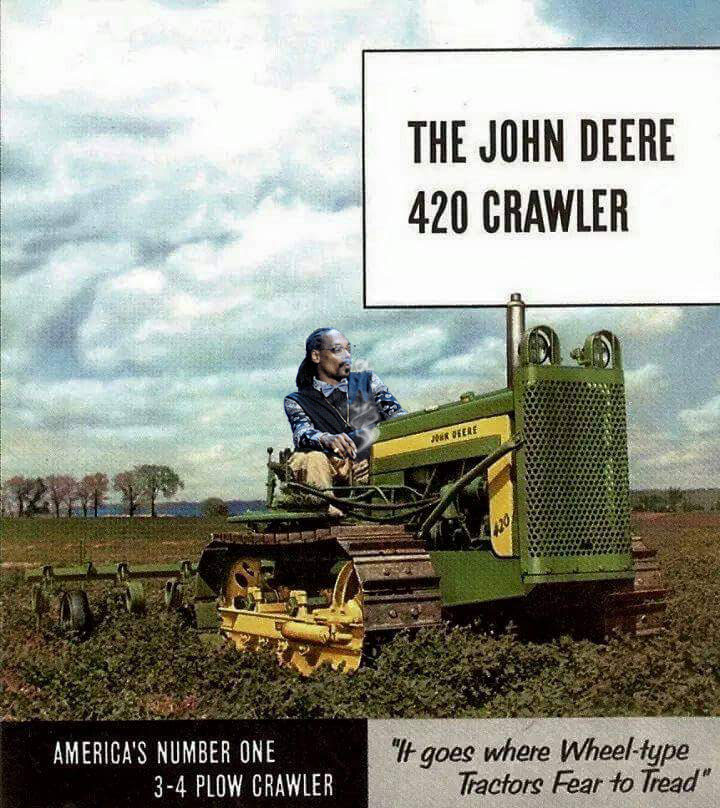 I always thought it was rather nice the celebratory LSD version, Bicycle Day, was on 4/19. I would say Albert Hoffman planned it that way if it weren't for the fact he didn't exactly mean to dose himself for the commute home.

As for the first time I ever heard 420, I was at a friend's house and I didn't get it and I felt like dork.

my 420 tale from 2016.......finally, here in nevada, we have our dispensaries.  so on 4-20, i decided to celebrate by sampling one of our chocolate chip cookies, baked by the lovely Ms. Mary Jane.  and my!  the girl ain't holding back!  wotta delicious little confection.....the only prob is that it's WAY too easy to go too far.  i ate a third of a cookie that day, with each cookie estimated to pack 37 grams of active Mary.  that third of a cookie made for a ROCKIN' good evening....almost TOO rocking.  i got very close to a brownout!  but all in all.....2 thumbs up, baby!

Yeahhhhh.... its a beautiful thing really. Happy 420, great creators of the multi verse!

Its funny how sometimes you do some crazy or haphazard things in the name of honorary celebrations. Like setting up a tent in the living room and recycling air until the lighter doesn't have enough 02 to ignite. Or so thats my rationale? Hrmmmmmmm? Maybe I was dreaming

my 420 tale from 2016.......finally, here in nevada, we have our dispensaries.  so on 4-20, i decided to celebrate by sampling one of our chocolate chip cookies, baked by the lovely Ms. Mary Jane.  and my!  the girl ain't holding back!  wotta delicious little confection.....the only prob is that it's WAY too easy to go too far.  i ate a third of a cookie that day, with each cookie estimated to pack 37 grams of active Mary.  that third of a cookie made for a ROCKIN' good evening....almost TOO rocking.  i got very close to a brownout!  but all in all.....2 thumbs up, baby!

Movement in a Rational Direction.

One year while I was in college, I think '06, two friends and I decided to take a little 420 road trip up to Arkansas.  We were going to school in New Orleans and my male friend knew someone that had just gotten a lb. of some really good bud. I mean, REALLY good.  So we left in the late afternoon on 4/19, planning to be at our destination well before 4:20AM on 4/20 for our celebratory smoke circle.  What we didn't plan for was getting lost once we got to Little Rock.  Obviously, we had been tokin' away the entire trip on what we already had in our possession, so once we got into the city, we had absolutely no idea how to follow the directions that the friend of a friend was giving us on the phone.  The clock was ticking and we were cutting it way too close to the 4:20 marker.  Finally, we figured out where we were and where we needed to go to reach the friend of a friend's apartment.  We basically cartwheeled out of the car and sprinted up the steps, making it into the apartment with 4 and half minutes left on the clock.  The dealer threw the ounce to my friend, he immediately began breaking up enough for a blunt while I began deconstructing the cigar.  It was like freakin' serendipity 2.  As I'm finishing up the blunt, giving it its last, sealing lick, the clock struck 4:20 AM on 4/20. Everyone cheered as my friend ignited a blunt of the most beautiful cannabis I had ever seen.  It looked like tiny white and purple palm trees (the kind with lots of leaves). I just love a successful road trip.

Annual trip to ft. Collins to celebrate with the locals. Epic adventure every time with fail lol

I knew there had to be a good spot for this stuff. I will return after I remember what I wanted to post before I made that trip to the garage for the reefer.

Here is a little music for today, just a few from so many possibilities.

Cypress Hill 'Hits From The Bong'

Griz And The Ganja White Night 'Ease Your Mind'

I need to get some of those "Astor Bear Gummies" for myself!

Back to The Daily Trip