Pharmer, this quandary has also plauged me of late..

My only answer is simple: live your life as you will. That is the whole of the law.

This does not necessarily mean you must confront the elites directly - that would be foolish. To live free, also requires us to assess our situation.

Every large, powerful group must make a multitude of decisions, it can get mired by it's own bureaucratic red tape. But make no mistake, our military and police can be mobilized against us quickly.

We must be nimble, much more so than government. Our best defense is to blend in, and not be noticed.

But, of course, this must be balanced against our desires, and dreams for our own lives. We must live them despite the forces, and rules of the elites.

Our lives are ours alone! That is ultimate truth. One we must never forget.

Who is God's God?

Okay, at least Ganesh was on top of the heap there.  But, that was an impostor, as Ganesh has one broken tusk.    And even then, he's the son of Shiva.  I think the schmuck under the tree is having delusions of grandeur anyway.    Anyone who thinks they know anything is deluded.    And you can trust that I know that much.

I just thought this was funny as hell....

I'm going to hell aren't I?

I'm going to hell aren't I? 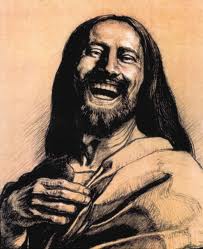 Who cares, if Jehovah can be taken down with a single semiautomatic round.    Any deity that can't take a joke can get bent and forget to straighten out.

An interview with Chris Hedges in two parts:

Reports From a Sinking Society

With the author, Thomas Frank:

Here is a positive story to share for a change. (copied from NPR)

This story is part of a new StoryCorps project called One Small Step, an effort to bring Americans with differing political views together — not to argue politics, but to get to know one another as human beings.

Amina Amdeen, a Muslim student at the University of Texas, protested outside of the Texas State Capitol building. Joseph Weidknecht showed up with pro-Trump signs and a Make America Great Again hat.

At StoryCorps, they remember the moment that brought them together.

The people surrounding him were wearing masks, she says.

Weidknecht, now 26, who went to the rally by himself, was one of the few Trump supporters in attendance.

"I heard a click of a lighter right behind my ear, and there were about three people trying to light my shirt on fire with lighters," Weidknecht says.

"And then somebody snatched your hat off your head," Amdeen says. "And that's the point where ... something kind of snapped inside of me because I wear a Muslim hijab, and I've been in situations where people have tried to snatch it off my head. And I rushed towards you and I just started screaming 'Leave him alone! Give me that back!' "

Though Amdeen was unsuccessful in retrieving the hat, Weidknecht says he was grateful that she stepped in to defend him.

"I don't think we could be any further apart as people, and yet, it was just kinda like this common 'that's not OK' moment," Weidknecht says.

Police arrested one person involved in the altercation with Weidknecht. Others were also arrested at the rally for other offenses, though for the most part, the protest were peaceful.

"You are genuinely the only Muslim person I know. It's not that I've actively avoided, it's just, I've just never been in the position where I can interact for an extended period of time," Weidknecht says.

Up until meeting Amdeen, Weidknecht says his view of the Muslim community was influenced by news articles.

"I feel like a lot of times in the media you don't see the normal Muslims, the ones who listen to classic rock, like I do. You don't meet that Muslim," Amdeen says.

In One Small Step interviews, StoryCorps encourages people with differing political views to learn about the person behind the political label, and so Weidknecht asks her to tell him about herself.

"I was born in Baghdad, Iraq. I moved to the U.S. when I was 10 years old," she says. "Being a Muslim girl, I stood out in almost every single way that you can, in middle school, the worst time to stand out."

Weidknecht says that having been home-schooled, he can relate.

"It was a vastly different experience [than most people]. Socially, I didn't have I guess as many friends as most people would," he says.

He says he has lost friends since the election because of some of his political views. "So I hope that I can be the reason that someone decides to talk to someone as opposed to just cutting them out of their life, or blocking them on Twitter," he says.

"I'd like for this to encourage other people to engage in more conversations with people that you don't agree with," Amdeen says.

"That's what it is all about," Weidknecht says. "I'm so glad I wasn't the only one who felt like that."

Correction
Sept. 28, 2018
A caption on an earlier version of this story misspelled Joseph Weidknecht's last name as Weidnecht.

That's cool Juth. The weird thing is the more we seek that which is different than we are, the more empathy, and in my view, goodness we find.

At least that is the experience of this once former right wing Evangelical Christian.

Who we love, how we love, what we love. What difference does it make? I always think of what John Lennon is reported to have said to the producer of the Beatles when he found out he was gay. This occurred because the producer was beaten up by some bigots: "There is not enough love in this world".

I think that says a lot.

Thing divisiveness benefits no one but government. The more the children misbehave, the more privileges you take away.

Thing also is this divisiveness is agenda driven. We were a lot less divided 25 years ago than we are today. And politics was something you could disagree about without insulting each other. You disagreed, you went back to smoking, drinking and grilling great hunks of meat.

You disagreed, you went back to smoking, drinking and grilling great hunks of meat.

You animal murderer, defiling your body!

Hey kiddies, something called, "The National Constitution Center," whose chair is Uncle Joe Biden, who took that over from Jeb Bush, is going to award something called, "the Liberty Medal," to George W., and Laura, Bush.   Isn't that just special, and a such a wonderful way to show the world that there is no difference between our two war and torture parties?

You folks are clearly missing out on the greatest political event of the past two years:

Probably trading notes on whores and throwing the dice at the presidency.

Better question:  Whose wife is hotter?  I dunno.  K.K. doesn't do much for me - too much real estate to hold on to ... Melania after a shower perhaps?

Either way, I just bought 5,000 rounds of .22 ammo, as the above observation simply HAS to be one of the signs of the apocalypse, and it came packed in .30 caliber ammo cans with no extra charge, and worked out to $.03 a round (once I accounted for the cans) ...

I'd be happier if I could stop reading the news ... back before the internet, when Bush II was in power - it was a lot easier to simply ... ignore everything.  I shot my TV and that was it.  I was simple and happy.  Now?  It's a lot more difficult to be ignorant and happy.

Drives me to drinkin' and drugs.

I wouldn't know the West person if they walked up to me on the street, and I assume these are the Cardassians: