First I would like make some comments before going on to the process.

I have posted this tek  on a few other sites over the years, so some of you already know it. Also, if you look in the Topia's archives you will see that there was a guy steeping one jar at a time. Plus, shortly after I posted this to the first site Violet was posting about steeping RGS at yet another site. Since I started doing it this a few years ago I have never done it any other way, and I've prepped WBS just about every way that I have read about (other experienced cultivators have told me the same thing).

This thing is almost idiot proof, and I should know. Only once have I had to toss a batch, and I blame it on the WBS being loaded with cracked corn and probably corn dust as well. But it does work with some cracked corn if the WBS is rinsed before and after being hydrated.

Throw some WBS in cooler

Cover and let steep for 90 minutes

That is how easy it really is.

Pure 20 pounds of WBS into a large cooler 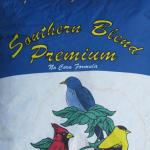 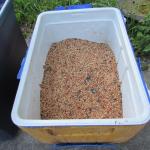 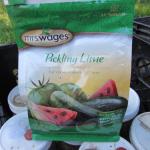 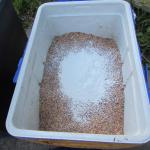 Pour in 5 gallons of boiling water. 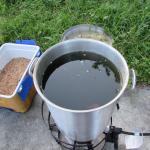 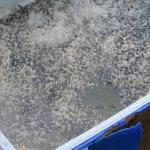 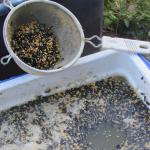 Cover and let steep for 90 minutes. 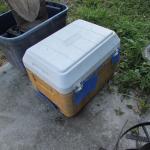 Let it drain for an hour. 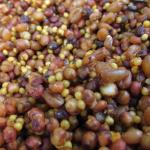 This made 36qt jars. 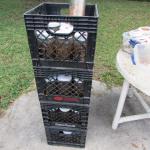 Awesome. Very much like Lazlo's orignal quick wbs tek from 2007.

I wanted to show how I drain my WBS.

I use these 5 gallon paint strainer bags (thx Torn2bits). 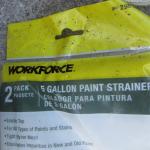 And place them into a wire trash can. This trash can is set atop a milk crate inside of a tub to catch the water. 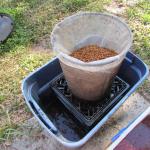 20# hydrated makes two of these. 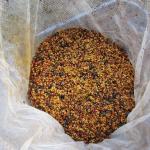 Then they are stacked inside milk crates for an hour, but I have even left them overnight. 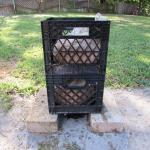 This water is saved. 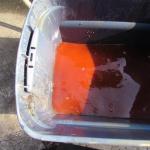 And used to hydrate my composting sub that is kept in a garbage can with holes in the bottom. 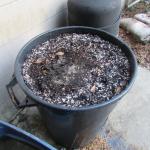 Also this works for oats too, but they only need a 60 minute steep.

Also this works for oats too, but they only need a 60 minute steep.

Indeed it does. I do this same thing with oats, which are easier to drain (the millet in the WBS tries to escape) and I add some things to the soak. I've gone 90min on the oats plenty of times, which should help if one were to start with a spores, but 60min works purrfect.

I am of the opinion that the WBS naturally stems senescence of the culture/s due to the varied grains, whereas oats or corn are more homogenous and benefit from a couple minute additives.

I do this same thing with oats, which are easier to drain (the millet in the WBS tries to escape) and I add some things to the soak.

Those paint strainer bags work great. They are cheap and can be used several times.

I add some things too, but I tried to keep that first post simple. That is why I wrote about how I drained the WBS in my second posting to this thread.

I use paint strainer bags every time. 1 tip i have is to boil a pot of plain water with enough to submerge the paint screen full of wbs. Boil and move to sink and give wbs a last bath /rinsing to get rid of excess starches. Steam dry in the paint screen. Makes for less sticky grains and easier shaking of jars. 1-2 tbsps of dry verm always in the bottom of jars. Good insurance policy.

Thanks for the draining tip, Pasta! I was wondering how to strain so much at once, this makes it a little easier. Great write up, thanks for sharing!

5 gallon paint strainer bags work great. I came across them when i was searching for steeping bags because inwas curious to what brewers used then i saw one and immediately identified them as the same darn thing sold at lowes in the paint section and at a much lower price! I place 10 dry quarts per 5 gallon bag and with oats, it is damn near busting at the seams after the steep.

My last 2 batches I used a grass catcher from lawn mower to drain my WBS, and it worked great.

worked perfectly for the oats . but am making adjustments due to me using slurry in liberal amounts for my needs seems about 30 min is nuff steep, will try a lil less time and see how it goes. but think 30 min for this app works best

gonna put this in the new archive as a tek.. i will leave comments on for now.. nice write up cue

Back to Wild Birdseed TEKS