Self Reliance vs Exclusionary Croneyism: the UK vote

Thanks, August. I got a real good laugh from that :)

Its simple really, Brexit will not happen unless those behind the scenes want it to happen.  The PM that takes over from Camerons resignation will have to invoke article 50 of the Lisbon Treaty.  Lisbon Treaty Article 50

1. Any Member State may decide to withdraw from the Union in accordance with its own constitutional requirements.

2. A Member State which decides to withdraw shall notify the European Council of its intention. In the light of the guidelines provided by the European Council, the Union shall negotiate and conclude an agreement with that State, setting out the arrangements for its withdrawal, taking account of the framework for its future relationship with the Union. That agreement shall be negotiated in accordance with Article 218(3) of the Treaty on the Functioning of the European Union. It shall be concluded on behalf of the Union by the Council, acting by a qualified majority, after obtaining the consent of the European Parliament.

3. The Treaties shall cease to apply to the State in question from the date of entry into force of the withdrawal agreement or, failing that, two years after the notification referred to in paragraph 2, unless the European Council, in agreement with the Member State concerned, unanimously decides to extend this period.

A qualified majority shall be defined in accordance with Article 238(3)(b) of the Treaty on the Functioning of the European Union.

5. If a State which has withdrawn from the Union asks to rejoin, its request shall be subject to the procedure referred to in Article 49.

What we seen was simply a referendum.  Lets see if they actually invoke Article 50.  Hell the former Mayor of London, Boris Johnson, who led the 'leave' campaign, bailed out on his supporters.(chose not to run for PM)  Seems he did not want to be the one at the helm to actually have to initiate Article 50. Seems odd to me to say the least.  Even then ANY severance terms would then have to be ratified both by the parliament in Strasbourg and the European council.

All this being said with the idea that voting actually matters...  When something like this is so close in percentages, it seems like those that 'count' the vote can have it show however they want.

UK stock exchange lowest in 30 years, British Pound was what, $1.33 today?  Someone is making a killing buying this dip in the markets.

Thanks, August. I got a real good laugh from that :)

It's nice to know that the voices outside my head can share in a laugh as well...;)

What did the EU have to say about Brits residing in other EU countries? I heard one subject of Her Majesty mention a few weeks ago that this vote could affect his ability to live in Portugal.

Not sticking a plug in the Chunnel?

Speaking of the Chunnel....

How is it that Brits can make new contractions whenever they want, without being required to use an apostrophe?

Cameron officially steps down Wednesday, Theresa May to take over as PM; she is Pro-"Remain".  Let's see if she invokes article 50 of the Lisbon Treaty or maintains the status quo.

Without invoking article 50, this is simply a distraction.

...The first paragraph of Article 50 specifies that the decision to leave the Union, which must be made before the Article 50 declaration, must be made in ‘accordance with its own constitutional requirements’ – but what are these requirements in the British system?...

Parliament might consider that following the referendum it must pass a statute in these terms. But the answer in constitutional terms is “no”. As a matter of constitutional law, Parliament is not bound to follow the results of the Brexit referendum when deliberating this legislation. A number of options are constitutionally open to Parliament.

If the UK seeks to obtain some form of framework agreement on key terms before invoking Article 50, once these terms are in place, Parliament could then trigger the Article 50 procedure to effect exit, perhaps with only details left to negotiate by the Government.  Immediately upon an agreement being finalized the UK would no longer be part of the EU. This option would comply with the outcome of the referendum.

Finally, of course, Parliament could decide to authorize notice under Article 50 at once by empowering the Prime Minister to issue the declaration.

The Prime Minister, nor Parliament, are under NO obligation to invoke article 50... PERIOD

Thats what I was responding to.  THE PM and PARLIAMENT DO HAVE A CHOICE.

Im not stating one way or the other about Brexit; I will not feign clairvoyant abilities.  Im simply refuting your erroneous statement so the thread [remains](Ha, see what I did there?) "Factual".

Time will tell I guess.

But please remember, we are all friends here, so lets try and be respectful of others opinions.

I'm not pointing fingers and all is good, but I can feel the tension rising.


Peace, and love from land of the midnight sun,
Juth

Time will tell I guess.

But please remember, we are all friends here, so lets try and be respectful of others opinions.

I'm not pointing fingers and all is good, but I can feel the tension rising.


Peace, and love from land of the midnight sun,
Juth

Three senior judges ruled that Theresa May does not have the power to use the royal prerogative and trigger Article 50 without prior authority of Parliament.

It now goes to 'Parliament'.

I now fear every attempt will be made to block or delay triggering Article 50. They have no idea level of public anger they will provoke.

The loonies are running the asylum

The loonies are running the asylum


Yeah, that seems to be a global phenomena... 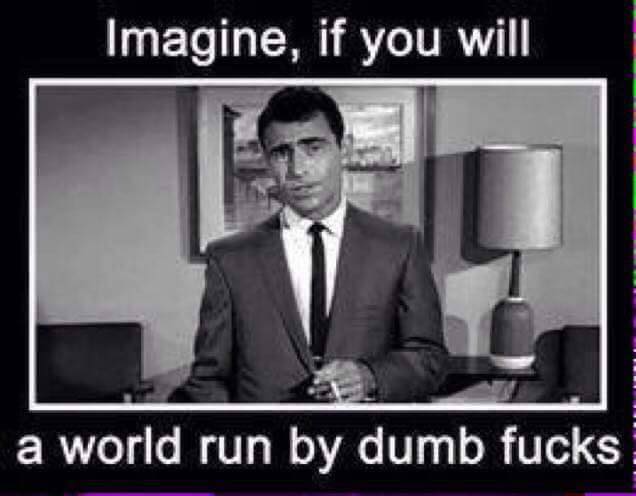