The Real Bernie Madoff Heist- Is The 300 Companies Who 'Made Off' With Most Of That $50Billion!

Bernie Madoff- The World's Biggest Ponzi Sceme- Most people think he got away with $50 billion... many people assume he was the one sole proprietor of that scheme.  No other ponzi scheme has ever been that large and the next biggest is in the single digits of billions.  300 companies were integral parts of the world's largest ponzi scheme and none of them got in trouble at all or gave back the money.

Can some genius hackers please go get those 300 companies who stole all that money?  Its so wrong that he took the fall and everyone thinks he single-handedly did this, when he did not.  He was merely the fall guy with his name on the letter head.  The real thieves got the money and ran...and no one noticed much.

I just watched Chasing Madoff, on HULU.  It was pretty good.  I've been on an American Greed marathon and Madoff is the supposed king of all heists- but was he really the whole story?  I cant believe LEO isnt up the asses of those 300 Companies who got away with the money.

He didint get 50Billion.  His associates got most of it- and in broad day light- got away with it.  Madoff got less than 1B and took the fall for the whole thing.  And the rest of the octopus got away with the money.  But no one knows that part.  I find it quite significant.

So Madoff took the fall for the whole thing, 300 complicit companies made off with most of the money and got away scott free.  Yet, we accept this as normal business.  How fucking sad is that?

And so why do we play by the rules again?  What is our incentive to allow all of this?  I forget sometimes, until I see these types of predatory businesses making a killing on the backs of whoever at whatever cost.  The regulatory body responsible for the biggest heist in history was complicit, so what are we to make of that?  Why do we still play by the rules while others break them at will?  Its more than fishy, and I dont know why karma doesnt rob the biggest thieves alive.

Why do we still play by the rules while others break them at will? 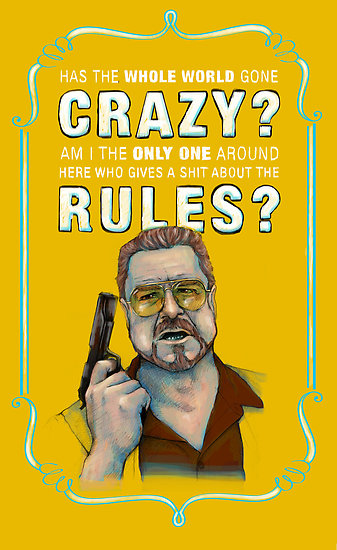 & I cant resist recalling the jesus.