Ancient Life and the Promise of a Better Future

It's interesting to think about past civilizations and what remains of them. Tools. Buildings. Architecture. Art. Themselves even. Then I think about the things we create that will last 10,000 years or more... Plastic. Radioactive waste. Environmental damage. Stripping the planet of natural resources.

I suppose that's only partially true, but important to think about nonetheless. 10,000 years is a very long time, plastics will be 500-1000 years probably, and only the worst kinds of nuclear waste such as uranium235 and plutonium239 being 24,000 years or more. I think it has been projected that unchecked environment damage could last 10,000 years as well for any sustainable recovery.

Thinking what a Roman would think about today and how only a handful of experts probably know many details about their life, the rest of humanity only in a distorted or rudimentary way, and that's only 2,000 years. In 10,000 years general folks probably will know next to nothing of our time.

We may have some vague remembrance as the period when science took off, when it became possible to travel the world in a matter of days, and when humans managed to leave the planet for the first time. Perhaps, even, as the time when worldwide communication became possible.

Perhaps there may be teachings on the "big empires" of the era, like America, Russia, and China. Europe will probably always be remembers as "that chaotic place." There may be some information on a few big names as well, like Stalin, Hitler, maybe Trump or Hilary if this political season turns in to WWIII. I'm sure the ideas about names like Hitler and Stalin will be as far removed from reality as our common ideas are about Caesar or Nero are like, perhaps more so as time expands.

Everything else will likely be unimportant and be unknown to anyone but history experts. Names like Obama, Putin, George W Bush. lol - our silly wars, senseless killing, and general violent tendencies.

10,000 years is a very long time, and much of what we know about our own history may not be as close to reality as we believe, especially as that time spans multiple thousands of years, or more. The Roman Empire lasted about 1,000 years, American has only been around for a couple hundred.

Whether it will be known as the time which led to a brighter age of science and technology, as that period where the planet was devastated and all resources consumed, that of worldwide social and economic collapse, or as the time which drove humanity into World War III - only time will tell.

10,000 years is the blink of an eye......as far as the planet and evolution are concerned.....Most likely we will have done one of two things in that time frame. One, either we  upload our consciousness into some type of computerized reality and gain hive mentality(like the borg), or become some type of being devoid of emotions.....Or two, we destroy ourselves.....Either way, our civilization will be remembered by, you're right, materials that we have made that wont still have been degraded by then.  A materialistic society remembered only by our over abundance of trash.....

Our current science will most likely be looked at as crude and primitive....

"The Roman Empire lasted about 1,000 years, America has only been around for a couple hundred." -Zen

For a little perspective, read Velikovsky's Worlds In Collision.  See how well the records of the last 3,500 years were understood.   Shit happening that was beyond our imaginations was assumed to be mythical and metaphorical within two or three generations of it happening.    The best and the brightest thought their great grandfathers were exaggerating events that make our wars look tame.   People did see the sun stop and/or go backwards in the sky (more than once).   It became an object of faith, but even the most pious really could not believe it.  This planet had its shit kicked, big time.   Everyone saw it on all sides of the planet.   They all told about it in their own ways, but only one man collected the stories and saw they matched up.   That book scared the academic folks so bad in 1950 that they forced the publisher to drop the book when it was #1 on the NYT non-fiction best seller list.   It was perhaps the worst book burning of the twentieth century, and helped make these the dark ages that they still are.

PS: Tomorrow I get to pick up a new retrospective book about Velikovsky, called, The Velikovsky Heresies, by Laird Scranton.   The independent book store just called to say that it's in.

In addition, these conglomerates, as many of the items cited as evidence for his ideas in Earth in Upheaval are far too old to be used as valid evidence supporting the hypothesis presented in Worlds in Collision.....

I watched that video, and even at 5:53min in, I noticed a flaw....when he says "some hundred of years later, it took a close orbit to mars" this makes no sense, it's a 365 day orbit for earth, and if mars was closer to the sun at this time, it's orbit would have been shorter.  Even if it flew on the trajectory plotted, it would have flown out into space never to be seen again. If it didn't, it would have most likely caused a lot more problems here than what are recorded....  And you are telling me that venus flung out several of hundreds of years later but still was able to make a perfect electromagnetic pull to output mars and take its place and knock it into it's current orbit.....LMAO....I'm sorry but the numbers don't add up.....

What I don't get about the problems is that we never solve one before moving on to creating another.

We'll spend zillions on war and killing but, surely, finding a way to manage plastics so they're harmless is possible. But NO, we have to create super plastic and keep using old plastic and put proper inventory-ing and recycling of the crap on some far distant back burner.

WTF, that should be possible before Uncle starts up another trillion dollar murder spree, right? Right?

The film suffers from the same problems as what started the uproar in 1950; what most people, like the early critics, are exposed to is but a synopsis of volumes of research and footnotes.   The critics read about it mostly, with a very few taking in the whole of it.   In 1950 the backlash was against what the book reviewers said Velikovsky said.   The leaders of the boycott of MacMillan Books boasted that they would, "never read such heresy!"   And they never did.    Their followers read and critiqued it for class credit (Enter Carl Sagan).

The planetary mechanics of today are most likely far from correct, but who would have eyes to see it?   So long as the Universal Law of Gravitation is considered gospel, we will know nothing of the electric universe's workings.  We'll know nothing of the true structure and the actual masses of planets and stars.

Shit gets discovered and rediscovered all the time though, just look at what we can reconstruct of history. There are many other scientists that have alternative views from the mainstream that get very little play - maybe they're right, maybe they're not - but at least they're coming up with sound alternatives that help explain a narrative that no one really knows anything about.

The more we grow, the more we discover, and the more our science and technology can teach us about the world we live in, the more of our "firm" understanding will be altered. This is, of course, assuming that there aren't those that actively work to restrict the truth, and I'm sure those folk exist too.

This all goes back to my theory of things --- quantum --- everything exists and is possible until it's not. Once observed the observer makes possible the fact that is revealed. Science has come a long way, and so long as we all don't destroy each other first I'm sure science still has a long way to go. I always say that outward simplicity is directly proportional to inward complexity, in that, the more simple a thing appears to be, likely the more complex it actually is. The universe is no different, nor our understanding of its simplicities.

My issue, as I have stated so many times here in four and a half years, is that science's main problem is in something so fundamental to nearly everything it looks at, that we will be stuck basing everything on an infinite number of workarounds.    That is, understanding of the basic forces is based on a faulty assumption in the mathematics, as concerns the dynamics and nature of gravity, this assumption then goes in one way or another, out into almost every other field of understanding, including atomic structure and quantum physics.   I do not see science ever willing to back up that many steps, to assault something so basically learned in the attainment of every scientist's degree.   Too bad for all of us, not only the scientists.

That said, some experimental science is untouched by this basic flaw. 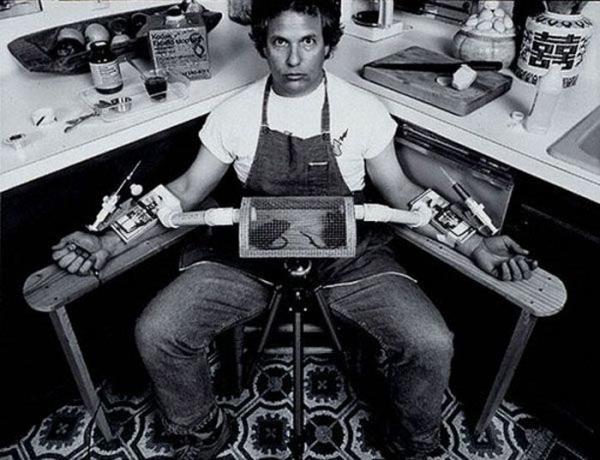