I sure do MISS growing outside, great way to stash buds for years and mix and match with the Indoor.  Wonderful shots, SO easy to build monsters outside.  Great Work!

Gorgeous thick growth there. I'd love to try a bit of that one.

Hell. I'd love to try a bit of all of them. Think I burned through all my likes in one go here.


I had to stop in the shed this morning where I hung plants. Of course I had to inspect after a couple days drying. Smelled so good in there. When I got to work I realized my sweatshirt had carried the scent with it. Walking around sniffing my sleeves all morning.

Here's another outdoor CBD plant...
This one is called CBD Raspberry cheese cake. Should be around 18-22% CBD and less than .4 THC.

Beautiful colors, very easy to grow and she's about 14 feet tall now. I toped her 4-5 times.

Chopping her this weekend :)
Gonna make a couple walking sticks from the trunk 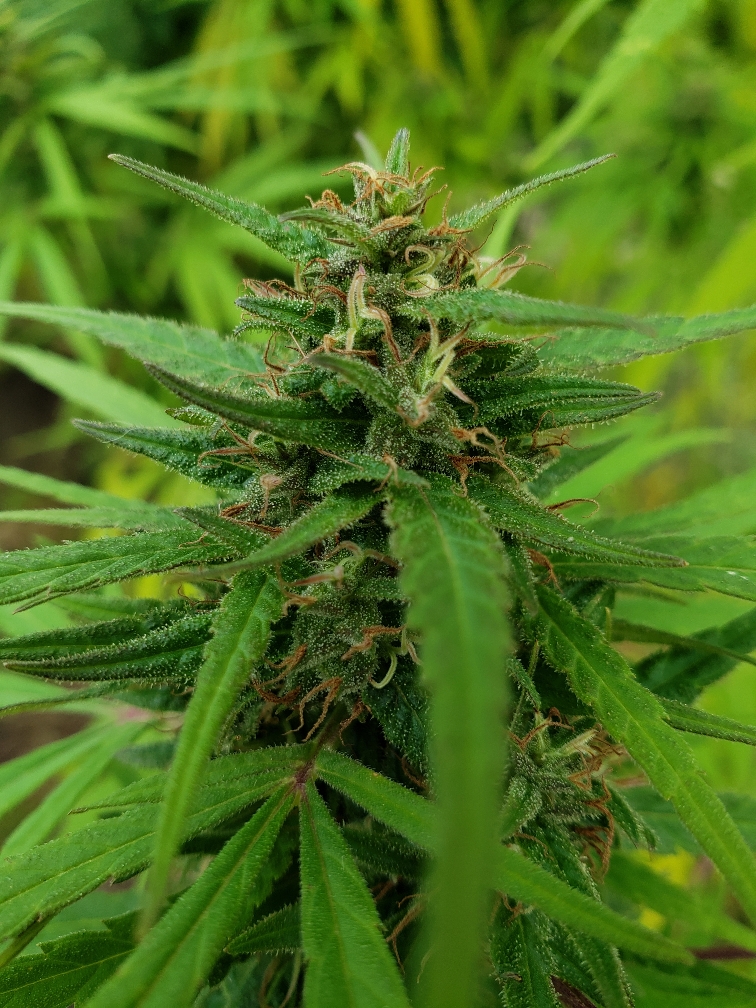 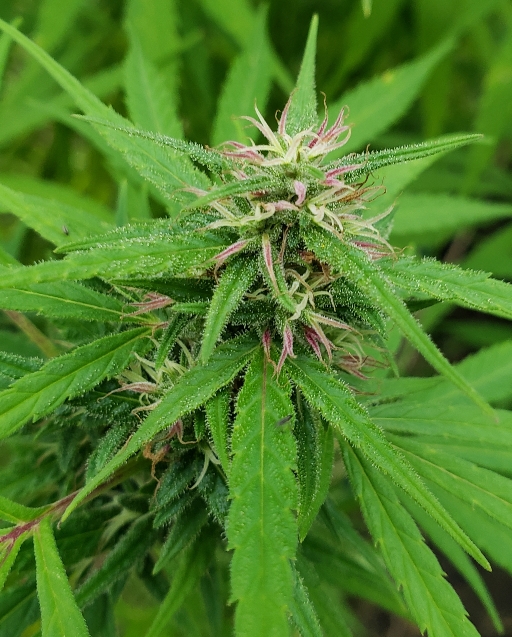 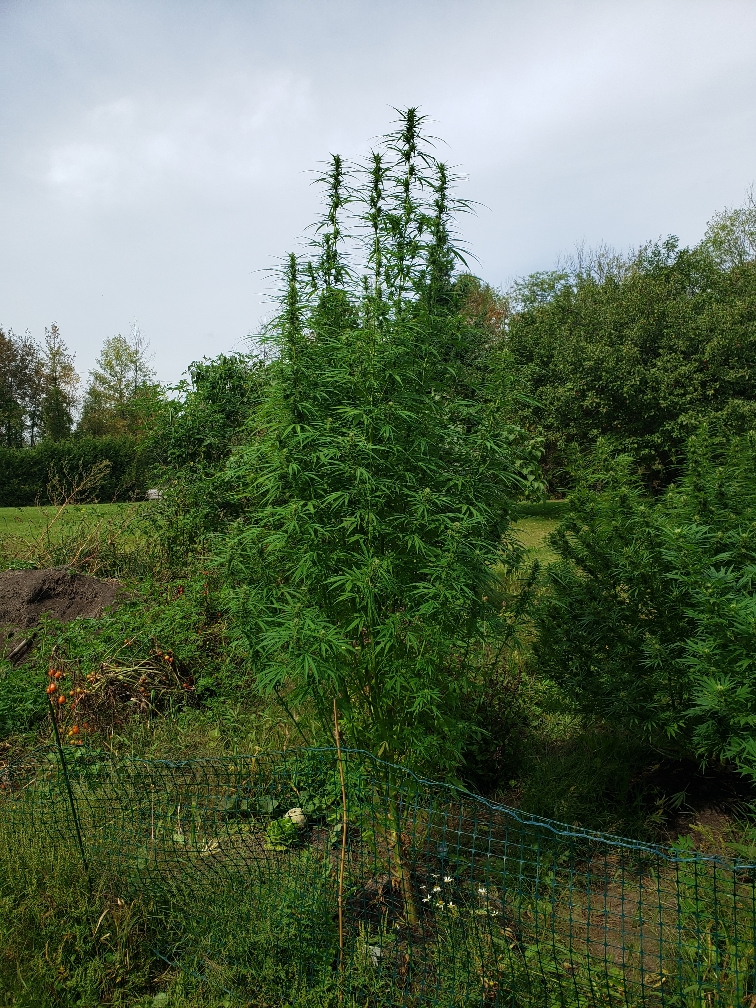 Sent from my SM-G965W using Tapatalk

Chopped the white widow today, some amazing colors on this one. I now have a purple walking stick ;) 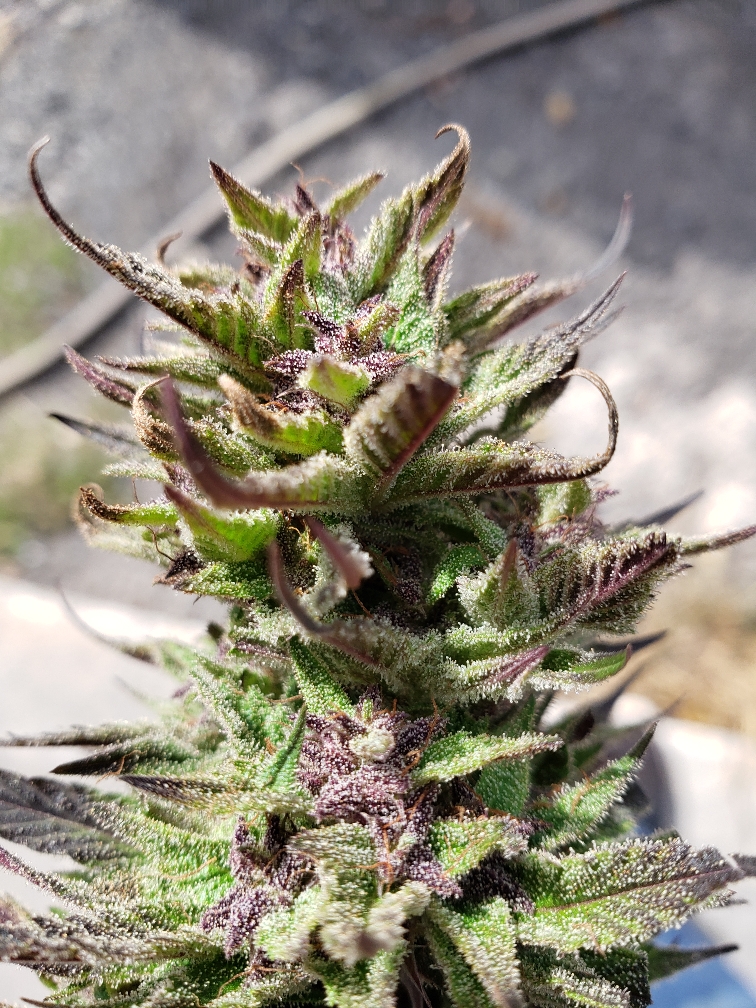 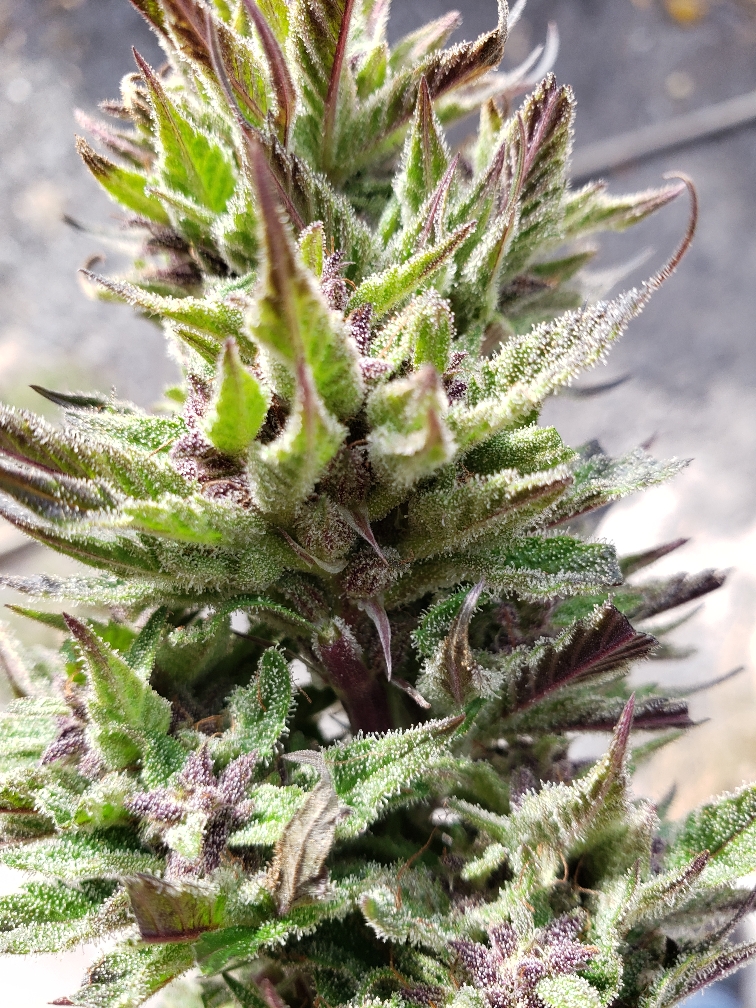 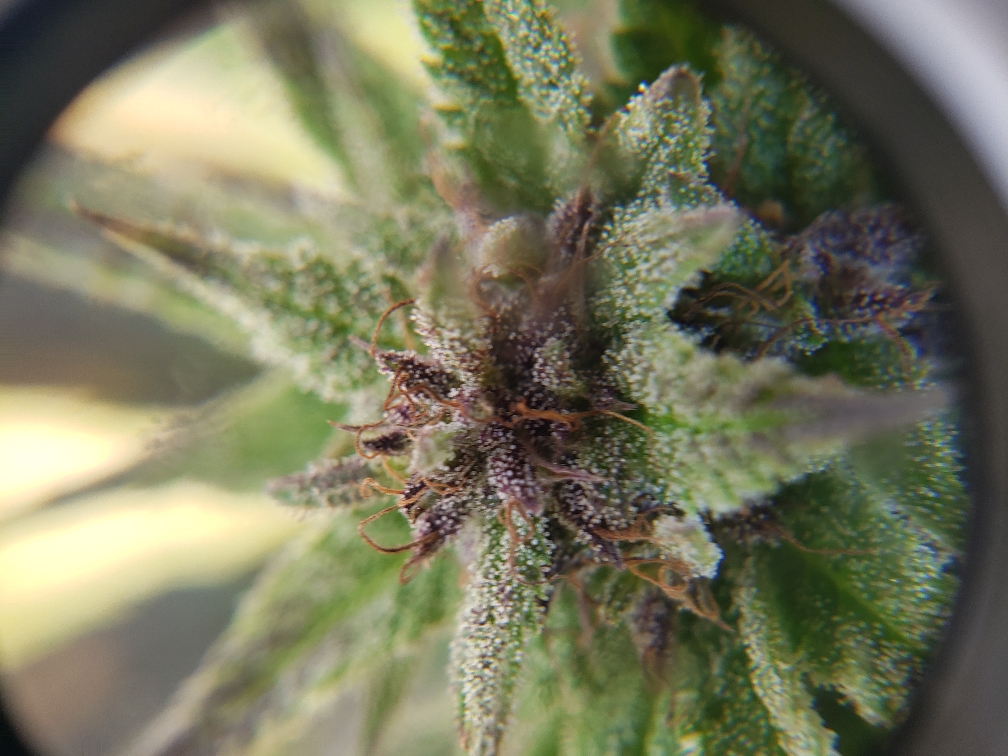 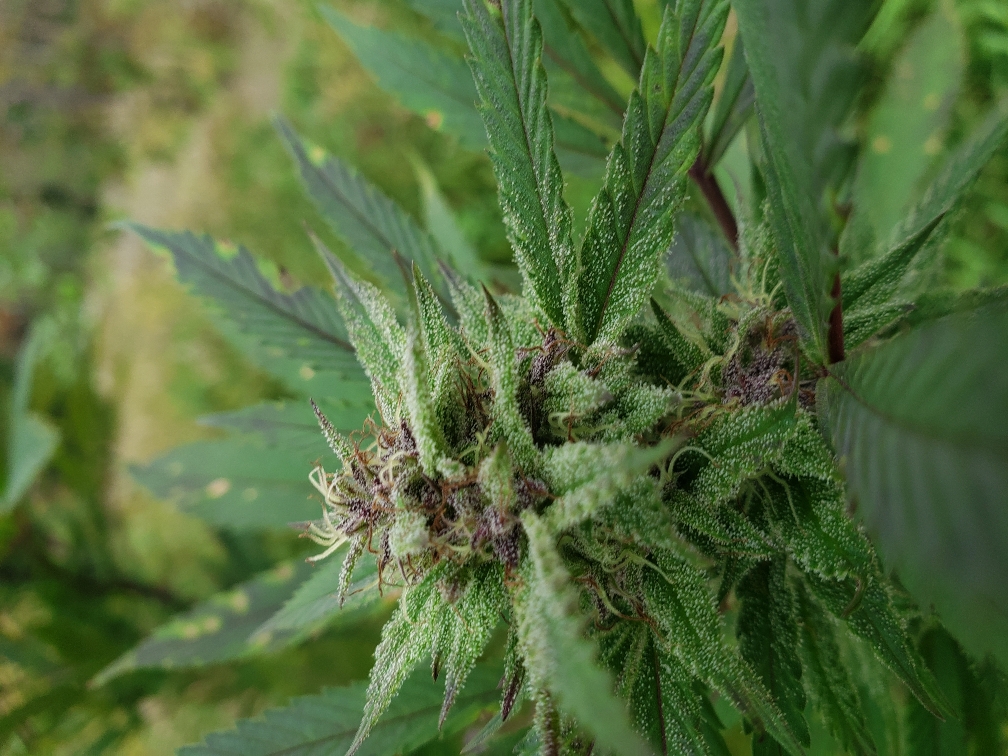 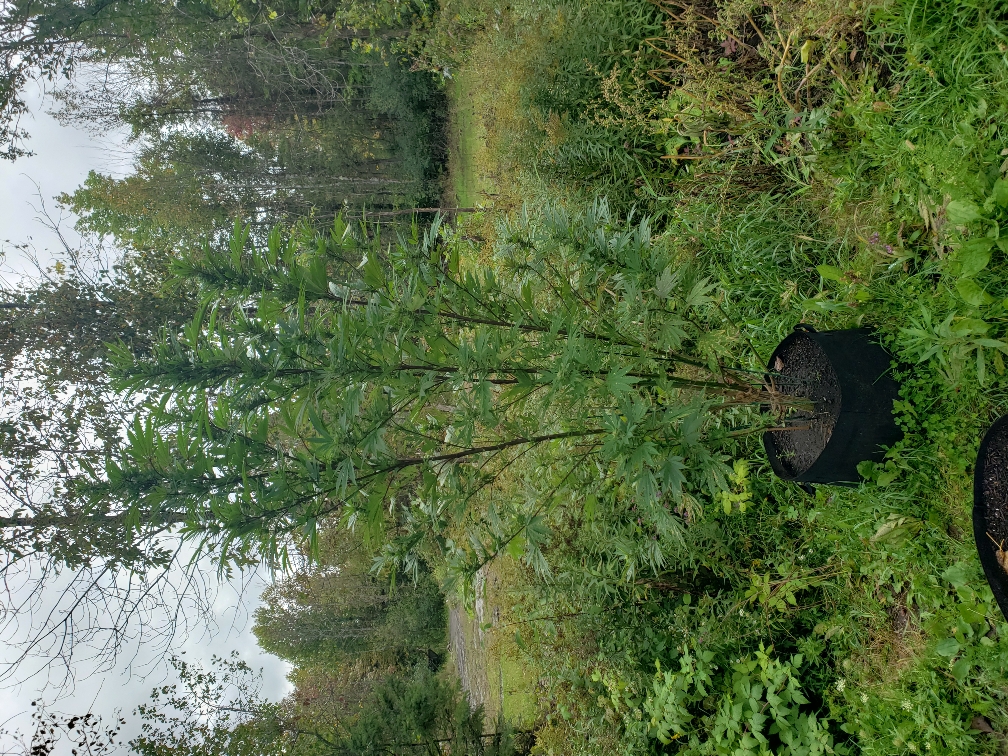 Sent from my SM-G965W using Tapatalk

She is a beauty, congrats! 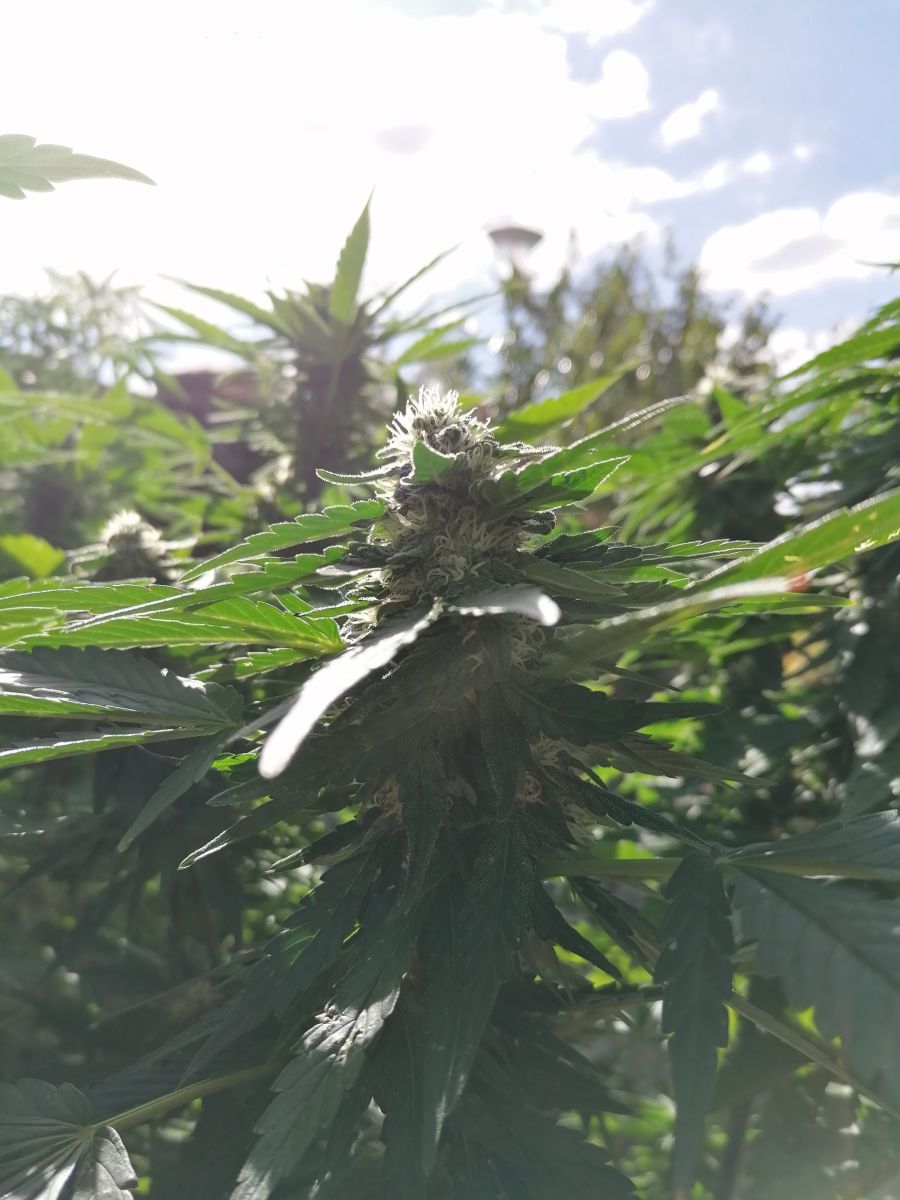 This seems to work.

Finished in late september. Best weed I've ever made. Strain took me about 8 years to build and it's probably the single best outdoor strain I've ever fiddled with.

Looks fat and packed JanSteen. I'd say you have done well.

Hows the fragrance and flavor?

Looks fat and packed JanSteen. I'd say you have done well.

Hows the fragrance and flavor?

The fragrance and flavor are the most important factor for me. I'm getting hints of cumin, pine/cedar, and some of the umami part of milk chocolate cookies. Very little citrus fruits, which is a nicety.

Black Domina brings back memories, was popular for quite awhile back in 04 (Outdoor clone year) when I really got back into growing consistently (Indoor 4k shed setup in 06ish)... my first plant I grew was a seed from brick weed back in the early 90's from my pops rolling tray (I was 17), OH how far we've come since then, I remember tilting the lid to shake seeds out of it like NO tomorrow.  Then you taste the kind weed and it's just Heavenly.  KGB Fur Life!!

Black domina brought back memories for me too, dang. It was the only weed that ever got me tripping. I still think they must've laced it with something because never in my life have I ever experience visual trips on cannabis.

I don't even know anyone who ever did.

It was the year they banned mushrooms in my country because some Americans thought it was a great idea to do all drugs at once - and it didn't end well for them. Government did what governments do: ban it. They still lost the war on drugs though.

I'm still looking for a flavor specifically, something I can only describe as "musky sweat" that used to be sold in coffee shops as Power plant or durban poison. But I've tried all the strains with those names, from all seed banks in the country and even some old coots that had seeds from the early 00's.. And I never found it.

If you ever make instant beef soup, the first hint of that broth after pooring hot water on it, that is exactly how that weed smelled. I'd give a couple hundred bucks to find that exact strain now that I have the genetics to make every plant finish flowering in early september.

Black Domina was definitely stony and trippy, wonder if it had CBG in it? I think it was a creeper too?

The cool weather has added some nice colors to my flowers, the pictures don't do them justice.

The others are staying green, so far.

<edit> Forgot the photo, can't have that now.

Damn Auto flash was on... FAIL!

1 week of Bloom Out of the Way!  Non-Flash and White Balanced

Doin' What they DO!

The Frost is here early this YEAR

A day after foliar flower spray, they sure do perk up fast and it sends them into a flowering frenzy.  Always enjoy the frost venturing into the leaves right away.

I've got to say, this may be my best year yet as far as quality goes. I've grown for decades, always looking to improve and the information from you guys has helped! I started with good genetics but there are two things among many that I did differently. The first was ignoring signs of heat stress. It is really hot here but gets incredibly hot for a few weeks, usually late Summer. I noticed on the sugar leaves that the trichomes went from clear to dark amber, the more Indica genetics, the worse it seemed. As the flowers were nearing maturity, these damaged trichomes would be counted when deciding to harvest. This year, I ignored them and moved my harvest back weeks. This allowed the weather to cool which has made drying and curing SO MUCH better for the flavor and scent. The second is the post harvest dunk, suuuuch a difference, so much smoother! BTW, the extra leaves get picked off before burning. :)

Here are some of my current indoor autoflowering grow

Top of a Master Wonder Skunk

This tent has Mossy Jem and auto Duckfoot